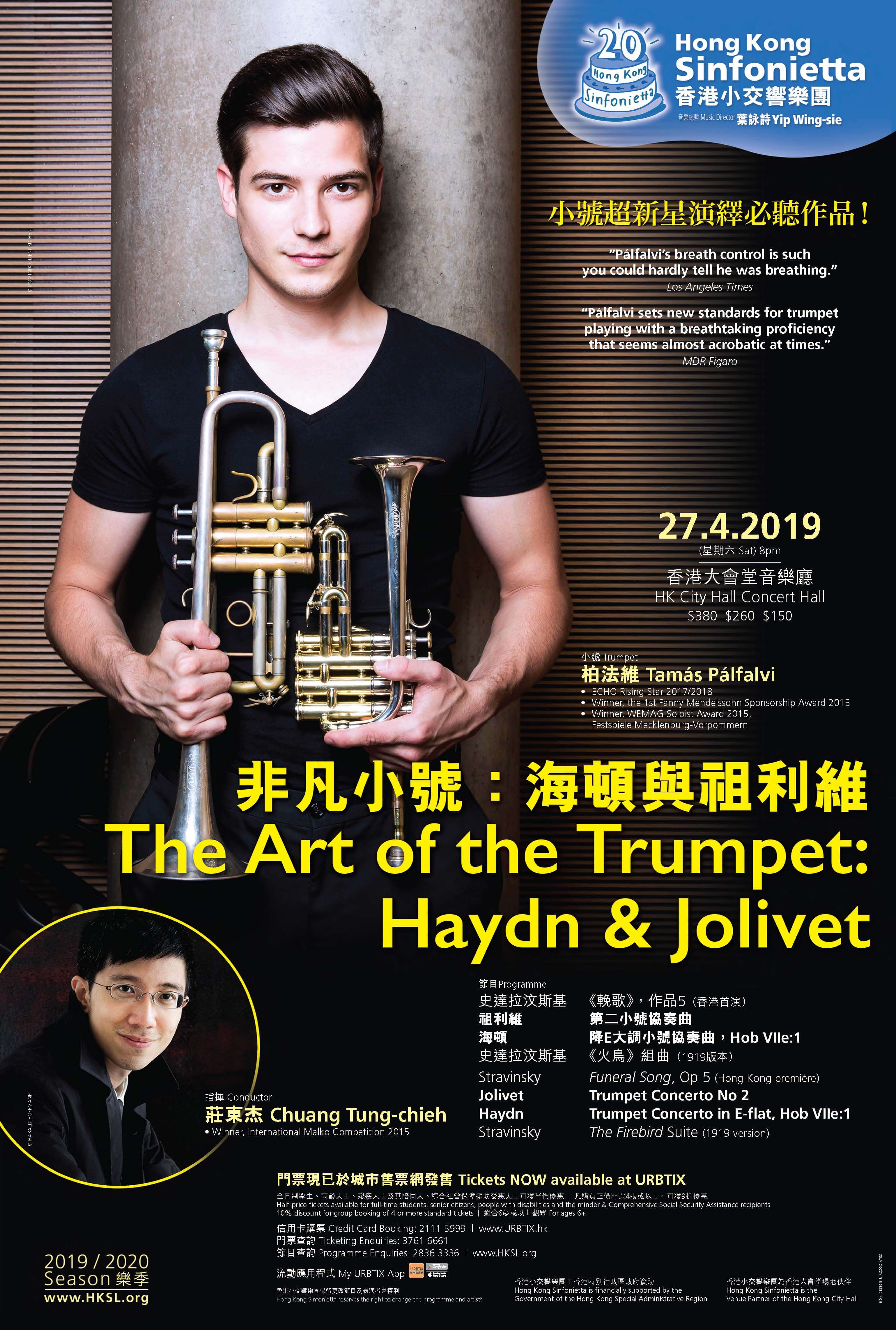 The Art of the Trumpet: Haydn & Jolivet

“Pálfalvi’s breath control is such you could hardly tell he was breathing.” Los Angeles Times

“A young musician with an uncommon combination of elegance and daring.” Los Angeles Times

“Tamás distinguishes himself and his instrument as a dream team on an adventurous journey, and takes the listener right along with him… ” Bayerische Rundfunk

“Mr Palfalvi, the trumpeter, brought juicy tone and chiseled passagework to works by Bartók, Enescu and Sarasate. His natural showmanship came through, especially in Peter Eotvos’s Sentimental, in which Mr Palfalvi created an imaginary dialogue between Miles Davis and Chet Baker, sometimes holding a cornet and a fluegelhorn simultaneously.” The New York Times

“Chuang proves himself to be a maestro who can create with his sweeping gestures such atmospheric soundscapes that one could almost touch.” Der Tagesspiegel