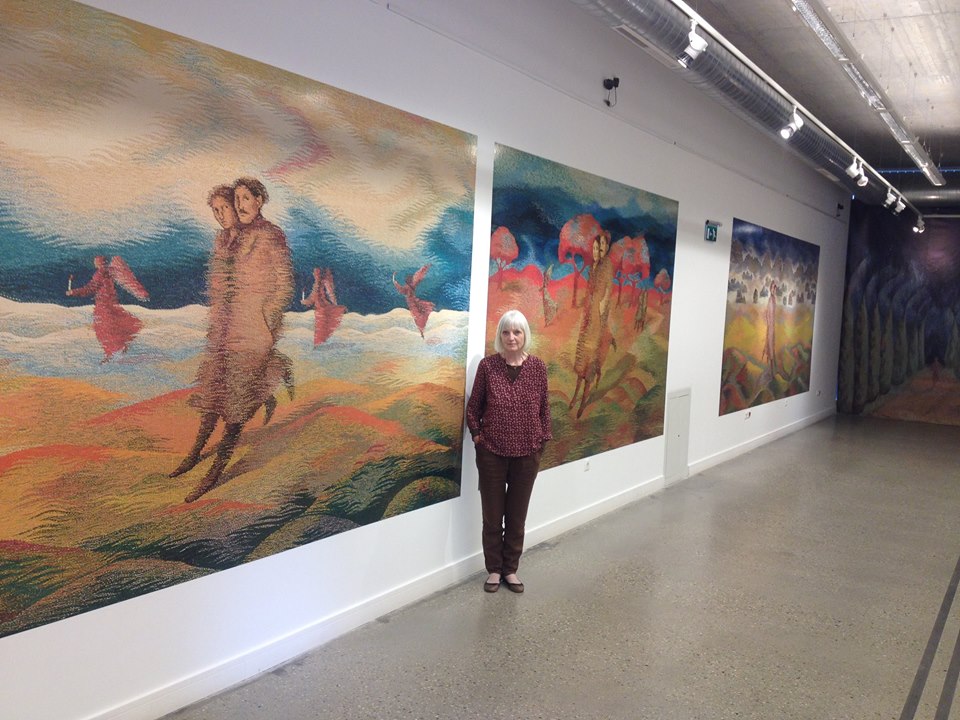 Looking out of the Credible – Tapestries of Zsuzsa Péreli, an exhibition by famous Hungarian gobelin artist Zsuzsa Péreli will open on 10th June in the Macao Contemporary Art Centre. The 30+ large scale works will be on display until 14th July.

More about Zsuzsa Péreli and the exhibition: Zsuzsa Péreli began working in the middle of the 1970s, and several solo and group exhibitions later, in 2001, she was the first foreign artist to be honoured with a solo display in the capital of the Gobelin, in Aubusson, France. Her oeuvre bears witness to the endless possibilities of tapestry as she invests the most common object with complex meanings, making it a thought-provoking vehicle of emotions. The most beautiful pages in the Hungarian history of the Gobelin, the woven tapestry of the European tradition, are mostly associated with Noémi Ferenczy and Zsuzsa Péreli: the former is considered a founder of the genre, the latter someone who breathed a new life into contemporary tapestry art. Finishing a woven tapestry requires advanced specialist knowledge and special artistic sensibilities, a sense of colour, which may explain why so few artists execute their own designs. In this regard, Zsuzsa Péreli has broken with the centuries-old practice that involved cooperation between two or three artists for a single tapestry. A maker of artworks with a relaxed painterliness, Zsuzsa Péreli uses colourful threads, rather than a brush. Expanding the genre of the tapestry, she experiments with new materials, techniques and procedures as she probes into the layers of time and memory. She includes “found objects” in her compositions, demonstrating both a respect for tradition and a desire to break the mould. She also creates aquarelles and collages. The metaphysical and sacred themes that run through her oeuvre mediate between two worlds, intimating and translating for the viewer all that can only be intuited about non-material reality.